Youngsters in the spotlight 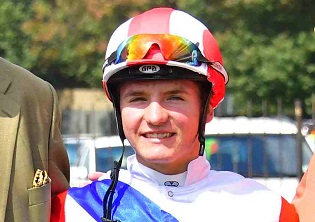 Three-year-olds are looking ahead in order to stake a claim in this season’s Classic races.

Who are the contenders for the upcoming Classics?

That is the question many horseracing fundis are posing as the two-year-olds turn three and start mapping their three-year-old careers.

Answers will start flowing in the weeks ahead, and some information is likely to be revealed in Race 4 at Turffontein tomorrow, a Graduation Plate for fillies and mares over 1200m on the Inside track. Two of the more prominent three-year-olds will take on their elders in this event – Gin Fizz from the Mike de Kock yard and Gary Alexander-trained Gaian Glory. Both ran in juvenile features last season and will be preparing for bigger races.

Gin Fizz, a daughter by Soft Falling Rain out of talented mare Espumanti, literally burst on to the scene with a lead-all-the-way 7.40-length victory over Allmyloving. She looked to have an extremely bright future then she bumped Basadi Faith, who proved more than four lengths better in two subsequent features, the Ruffian Stakes and the SA Fillies Nursery, over 1000m and 1160m respectively.

In between those two she was also beaten by Palace Of Dreams in the Pretty Polly Stakes, although just by 0.50 lengths.

She apparently has not been the easiest of fillies to train as she has her idiosyncrasies, but hopefully, now she has been off for 219 days, that she has come to her sense and has grown up a little.

Callan Murray takes the ride for the first time.

Preference, however, is for Gaian Glory. This daughter of Visionaire shocked her connections on debut we she ran out a 4.50-length winner over Virtuosa over 1000m at this course. She then travelled to Scottsville to race in the Grade 1 SA Fillies Championship over 1200m but like so many paying their first visit to that course, dropped out at the start and was all at sea. She ran on well enough, the fifth fastest finisher, to end up 4.95 lengths behind Miss Florida.

Her third race was over 1450m at this course where she ran on very well to go down 0.20 lengths to Rockin Russian. With her good form at this course, she looks the filly to beat. Apprentice Dennis Schwarz is aboard.

There are some decent four-year-olds in the race and based on the weight-for-age scale, they are very well handicapped with the two younger fillies. Had this been a handicap, fillies like Sean Tarry-trained Captain’s Reward and Joe Soma’s Comaneci should be giving them 6.5kg but are only conceding 2kg, which on paper, puts them in a very strong position.

However, there is probably more improvement to come from the three-year-olds although Captain’s Reward has only raced twice, winning impressively in June and then finishing a 0.80-length third behind The Fifth Wave last month.

She has Piere Strydom up, good gate speed, and jumps from No 1 draw. With that stable in deadly form, this daughter of Captain Al needs to be included in all bets.