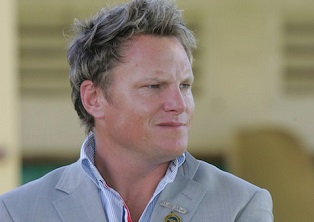 The one combination most punters look at first when studying a Kenilworth card is that of jockey Richard Fourie and trainer Justin Snaith.

One glance at Wednesday’s card and it’s quite easy to see that following the popular duo could pay decently.

Perhaps the best way one should go in order to generate a bit of profit is the All-To-Come bet route.

The suggested multiple will comprise wins on Peaceful Day in Race 1, Sachdev in Race 6 and a place on Halliberry in Race 8.

Peaceful Day was backed in to 18-10 favourite on the first time of asking but was beaten by inexperience – finishing a commendable second – no more than 0.50 lengths behind Call Me Al at this venue over the minimum trip.

This BiPot banker should improve more than the 0.50 lengths he was beaten.

The manner in which this Captain Al gelding finished off his race suggests he will relish the step up in trip when he lines up against his three-year-old peers in this Maiden Plate over 1200m.

Despite drifting from 8-1 to 10-1 on debut, Sachdev demolished his opposition, skipping an extending 1.75 lengths clear of Nevil Mu. Most impressive was the fact jockey Keagan de Melo didn’t even have to lift his crop once!

That form line has produced a winner and considering this son of Silvano shoulders just 55.5kg, he should have no trouble extending his unbeaten record when he runs in Race 6, a MR 82 Handicap over 1200m.

His biggest danger is Vaughan Marshall-trained Red Eight, who has finished second in five of his last seven efforts, including last three. Because Red Eight religiously finds someone to beat him, he is hard to recommend to punters.

Best-weighted Halliberry followed up her penultimate second place with a third place, so she looks the right horse to back in Race 8.

Her case is further strengthened by the fact she jumps from an advantageous No 3 draw.

Tweet
Published in Latest News
More in this category: « Bow To The Queen Take Balletto to sprint to victory »
Login to post comments
back to top