Tarry confident in his charges 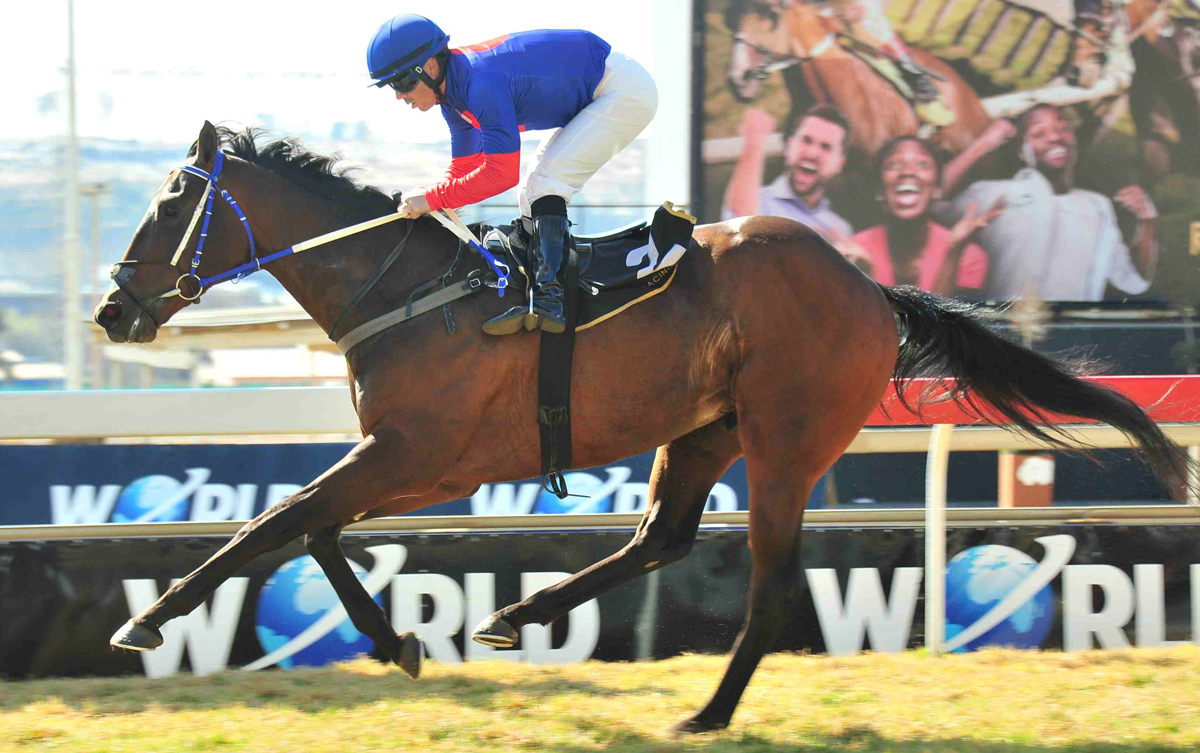 Sean Tarry runs Cirillo and Matador Man in one of the strongest ever renewals of the Grade 1 Rising Sun Gold Challenge and he said he would not be stunned if either of them won.

Cirillo comes off a 0,35 length third in the Grade 2 Drill Hall Stakes over 1400m behind Undercover Agent and Rainbow Bridge.

Tarry believed it was not his slight missing of the break which had cost him there, but rather the decision to take on the known fighter Undercover Agent at the 300m mark which gave the latter time to fight back.

He was 3kg better off than weight for age (wfa) in the Drill Hall, as the first two both carried a Grade 1 penalty, so he will have his work cut underweight for age conditions on Saturday.

However, in his previous start he finished just 0,80 lengths behind his fellow three-year-old Soqrat in the Grade 1 wfa Horse Chestnut Stakes over 1600m at Turffontein Standside. That race proved he will stay Saturday’s trip, as the Greyville mile is less testing than the Turffontein one, and it puts him in with a form chance as Soqrat had previously beaten both Undercover Agent and Rainbow Bridge in the Grade 1 wfa L’Ormarins Queen’s Plate over 1600m at Kenilworth.

Cirillo has been prepared at Randjesfontein and will travel down to Summerveld on Friday.

Tarry said about Matador Man, who has been prepared at Summerveld, “He raises his game over this course and distance so it would be silly not to try him here. His last win was exceptional. It was in a very good time and he was carrying 62kg.”

Tarry said the pace should not have much of an impact on Matador Man’s performance. This horse always loses a bit of ground at the start and Tarry said, “If they go fast, the front ones will be stopping, and if they go slow it will give him a chance to make up the ground.”

He concluded, “They are both in good order and are course and distance suited. I have respect for the opposition but if either of them won it would not stun me.”

Neither of them are among the Vodacom Durban July entries still standing their ground.

He said, “Social Order seems to be enjoying going over shorter these days but couldn’t crack a draw in the Post Merchants and he was eliminated from the Tsogo Sun Sprint. But he is versatile.”

This five-year-old Count Dubois gelding finished third in the Colorado King Stakes over 2000m at Turffontein last year and won the Kings Cup over 1600m on the Greyville turf, so Tarry felt it worthwhile to take a chance in Saturday’s handicap where he will run from draw five under Julius Mariba and carry 56kg.

Silver God was originally a July entry but has been scratched as the improvement after gelding was not coming as quickly as hoped for.

This Silvano gelding is a half-brother to both William Longsword and Real Princess and was highly rated as a young horse but did not deliver. After gelding in May last year he came back strongly but then soundness issues arose and he had to be rested again.

Tarry is still hoping his pedigree will kick in and he can’t be written off on Saturday, despite being 4kg under sufferance as he was even worse off at the weights in the Grade 2 WSB 1900 and was only beaten 1,25 lengths into eighth.

He is drawn seven and Lyle Hewitson rides.

In the Grade 2 Tibouchina over 1400m Tarry runs three-year-old In The Dance and four-year-old Desert Rhythm.

He said, “In The Dance is a very classy half-sister to Capetown Noir and Across The Ice. She had a few interruptions and we were considering Scottsville but she wasn’t ready in time. So it would have been nice to have given her a prep but she is in good order and should give a good account of herself. I think she is top class and whether the run is coming too soon is the only question.”

He continued, “Desert Rhythm was holding form nicely before her last run. She is course and distance suited (she won the Grade 2 Golden Slipper here as a two-year-old) and has a good draw so she is not out of it, on her day she is more than capable.”

He runs Apple Magic in the first and felt she should be competitive although he said she would probably prefer further than this 1700m trip and there was a question mark whether she would enjoy the turf as her good form was all on the polytrack.

He runs Sweet Mary Lou in the Chapter Challenge 1600m final and he said, “Her last start over 1400m might have been too sharp. I thought she was better on the poly but her previous run at Scottsville was quite good, so I hope for a decent run but can’t be confident.”

In the last he runs Celestina and admitted she would have a tough task being 3,5kg under sufferance and jumping from a wide draw.

Tarry also has some important runners at Turffontein on Sunday.

His Vodacom Durban July candidates Legal Eagle and Tilbury Fort have their final preparation runs before the July in a Pinnacle Stakes race over 1400m. He expected the race to put them spot on.

He also runs Redberry Lane and Wonderwall in that race and in the Grade 3 Jubilee he runs Captain And Master, Royal Italian and Shenanigans.

Tweet
Published in Latest News
More in this category: « Carioca could have the edge If Cash is your King, OTT Vouchers are your thing! »