Carioca could have the edge 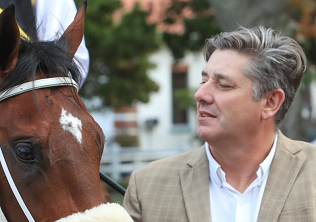 Fillies’ handicaps are generally tough work for bettors and Race 4 at the Vaal on Thursday, a FM 93 Handicap over 1600m, proves the rule.

The one advantage studiers of form have in this event is that there are some strong form lines that could bring a competitive field of nine runners down to just a trio of contenders, namely Carioca, Emily Jay and Saints Alive.

Carioca ran in a race won by Being Fabulous over 1600m on the Turffontein Inside track on 19 May when she finished fifth, beaten just 0.75 lengths by the winner.

Behind her were Emily Jay, High Seas Beauty, Folk Dance and Cashel Palace, and other than Emily Jay, who is 4.5kg better off thanks to a drop in merit rating and a 2.5kg claiming apprentice up this time, the others look to have little chance of reversing the form.

Based on her two runs up the Vaal straight, both of which resulted in a win for Joey Ramsden’s charge, Carioca will enjoy the return to this course. Her last win was over this distance and on that occasion, she had both Believe Me and Saints Alive behind her. Carioca drops 4kg, Believe Me, who was two lengths back, is down just 0.5kg and Saints Alive, 2.75 lengths back, 6kg better off.

Believe Me looks to have her work cut out to beat the other two so from those two form lines, the three mentioned earlier should fight it out. Because she appears to have more room for improvement, the nod goes to Carioca.

Vistula could also have claims as she has won her last two starts – over 1400m and 1600m at this course – but has done so in weaker company. The average merit rating in this race is 87 while her two wins have come in against averages of 70 and 66.

However, Gavin Lerena has taken the ride so if one is looking for a fourth horse to include in the Pick 6, Paul Peter’s charge is the one to go with.

Tweet
Published in Latest News
More in this category: « Top Fillies to clash at Greyville Tarry confident in his charges »