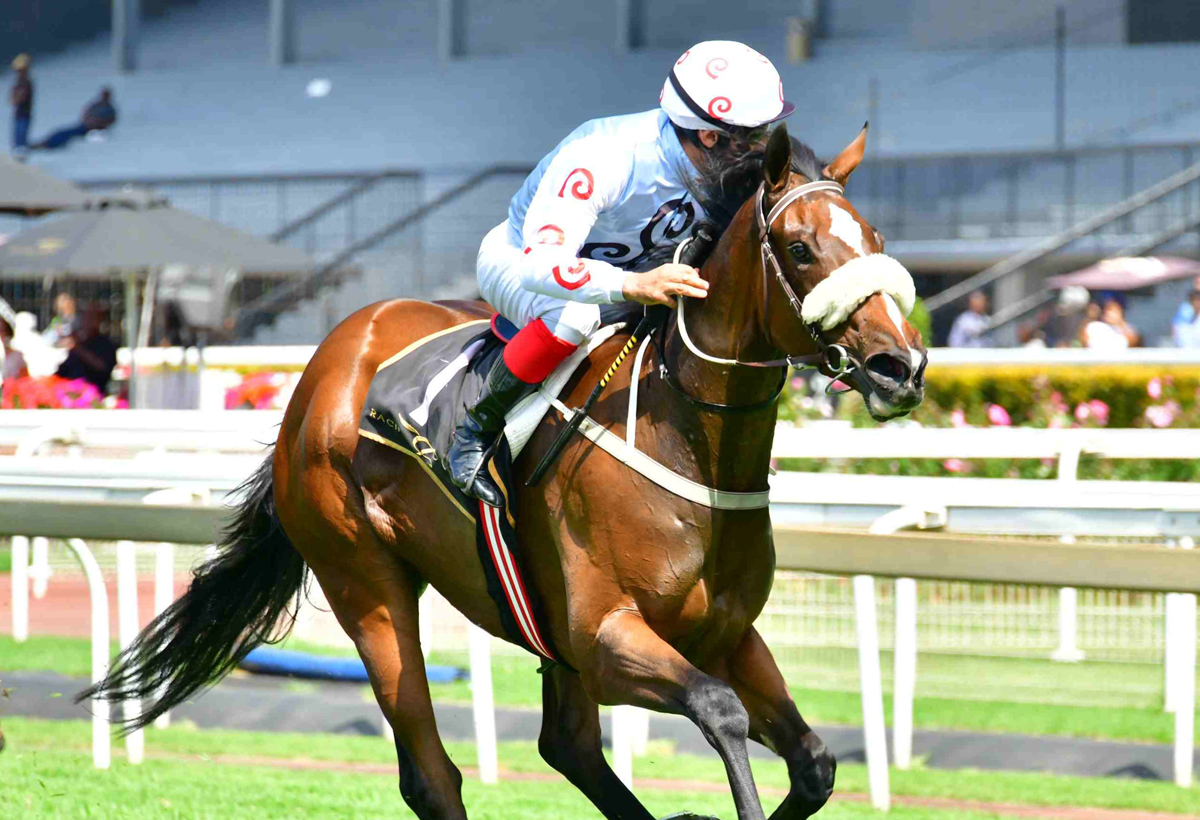 Paul Matchett will arrive at Scottsville tomorrow (Friday) with the unbeaten Basadi Faith.

He will walk her on the course ahead of her attempt to convert favouritism in the Grade 1 Allan Robertson Championship over 1200m on Saturday. Matchett first saw this Master Of My Fate filly before the CTS April Yearling Sale at Durbanville last year.

Her second dam, Kaleido, is a full-sister to the brilliant sprinter and broodmare National Colour.

Matchett said, “She was a good specimen and from a family like that I just had to buy her.” National Colour was known for her exceptional gatespeed and natural pace coupled with a finishing kick.

At her best she was just about unbeatable in South Africa. She ended her three-year-old season by winning the Grade 1 Computaform Sprint (by 4,25 lengths), the Grade 1 SA Fillies Sprint and the Grade 1 Mercury Sprint. Overseas she won in Dubai and finished a narrow second in one of Europe’s top sprints, the Group 1 Nunthorpe Stakes.

Basadi Faith was born at Favour Stud but was brought up at Philip Kahan’s The Alchemy Stud.

Matchett’s determination to buy her saw him approaching Kahan after the sale, as she went through the ring unsold at R45,000, and he secured her for R100,000.

The tall bay showed Matchett a lot from day one.

Before her debut over 800m at Turffontein on 15 December he told jockey Devin Habib and owners Joe Abreu and Juanita Van der Merwe that this was “a very good filly and not just for now but for the future.”

She was backed in from 16/1 to 8/1 that day and swooped late to win going away by 2,75 lengths under a clearly excited Habib.

Next up at the Vaal she had to give 3kg to the rest of the field in a Juvenile Plate over 1000m but won just as easily at odds of 8/10.

However, in her third start in the Listed Ruffian Stakes over 1000m at Turffontein she was allowed to start at odds of 6/1 as she faced the exciting prospect Gin Fizz and had to give her 2kg. She slammed the 1/4 shot by 4,50 lengths and the country suddenly had a star in the offing.

She made it four on the trot by winning the Grade 2 SA Fillies Nursery over 1160m in a quick time of 66,98 seconds, 0,28 seconds faster than the SA Nursery time.

Matchett is regarded as a small yard trainer but has had an illustrious career. He was the three times champion trainer of Zimbabwe and his Grade 1 successes in South Africa include two at Scottsville. In 2006 he won the Grade 1 Golden Horse Casino Sprint (Tsogo Sun Sprint) with the Zimbabwean-bred Let’s Rock’n Roll and he caused an exotics meltdown two years ago when his 30/1 outsider Brave Mary spread-eagled the field in the Allan Robertson.

Matchett goes in to Saturday’s race fancying Basadi Faith’s chances and said the improving Cavivar, whom she only beat by 0,3 lengths in the Fillies Nursery, and the unknown strength of the Cape Town horses, were his chief concerns.