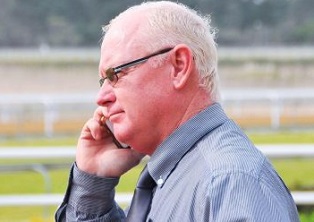 Trainers raiding the Highveld from Port Elizabeth is becoming a frequent event these days.

Yvette Bremner has become a regular visitor at Turffontein for feature race days and on Saturday it is the turn of Gavin Smith.
He will be bringing up two horses to run at the Vaal meeting that includes the World Sports Betting Grand Heritage (Non-Black Type) over 1475m. One runner, Hooves Of Gold, will be competing in the main feature which carries prize money of R500,000 while stable companion Big Bay, is in the supporting feature, the R135,000 Sophomore 1000 (Non-Black Type) over 1000m. Karl Zechner will be riding Hooves Of Gold while Marco van Rensburg is aboard Big Bay.
There are also two trainers coming from KwaZulu-Natal with runners in the Grand Heritage. Glen Kotzen has five-year-old mare Elusive Heart, who is joint top weight with Sean Tarry-trained Social Order. Stuart Randolph will be at the Vaal to ride the daughter of Elusive Fort.
It is not often we see trainer Tony Rivalland bring runners to this part of the world, but he will be sending four-year-old Pathfork gelding Desolate Road, who is the mount of Mark Khan.
The Grand Heritage is the only South African race that has a field of 28 horses. There are also two reserve runners. The race is over the unusual distance of 1475m.
The key for the jockeys will be to work out the draws. Based on what we saw at yesterday’s meeting at the Vaal there was not a great deal of bias from any draws but for most of the meeting the winners were coming from horses racing just outside the centre of the track.
There has not been much movement in the betting with Mike de Kock-trained Fired Up favourite at 13-2 with Riverstown, trained by Paul Peter on offer at 15-2.
Sean Tarry has 11 runners, but they include the two reserve runners with the best of his looking to be Russian Beat and Social Order. But the stable is so hot at the moment that he could win with any of them.
The second supporting feature is the R135,000 WSB Heritage Consolation, also over 1475m.
It is a great day to be at the Vaal
The Grand Heritage is a day for the whole family to enjoy with kids entertainment lined up to keep them occupied while the racing action takes place.
Another highlight on the annual marquee day for the Vaal Racecourse is the Groom’s Race which has become something of a tradition. It sees the staff of trainers based at the Vaal battle it out after the day’s racing for a decent cash prize.
For further details about hospitality on the day call 011 681 1508.
Betting: 13-2 Fired Up; 15-2 Riverstown; 11-1 Russian Beat; 13-1 Social Order; 18-1 Aurelia Cotta, Florida Quays, Cordillera, Gimme Hope Johanna, Ancient Spirit; 22-1 Elusive Heart, Danza, Culture Trip, Dan The Lad; 28-1 Desolate Road, Captain Of Tortuga, Against The Grain, Bien Venue, Hooves Of Troy, Sea Air, 35-1 Regal Graduation, Rouge Allure, Full Mast, Lone Survivor; 40-1 D’ Arrivee, Finchatton, Royal Italian, Epic Dream; 66-1 Premier Show

Tweet
Published in Latest News
More in this category: « Class points to Soqrat in Cup Hawwaam too good »
Login to post comments
back to top