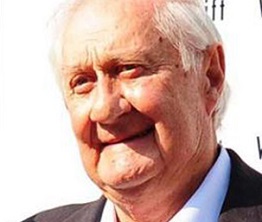 Make Your Move could be the one to benefit after the scratching of D’Arrivee at Turffontein on Tuesday. Ormond Ferraris is still teaching the youngsters a thing or two and seems to have a reasonable three-year-old with this son of Var.

He ran well when second behind Strawberry Pavlova last time and should be a nice horse with whom to take Swingers.

One runner who will go off at a decent price is Classify. This seven-year-old has lost form but his merit rating has fallen from 91 to 78 and that appears to have made a difference.

In his last start, which was in the race won by Pietro Mascagni, Dorrie Sham’s runner was in last place turning for home, more than 12 lengths behind the leader, after failing to overcome the widest draw of all, but finished like rocket to end up 4.75 lengths behind the winner.

His time for the final 400m was 23.8 second as opposed to the 24.2 seconds of D’ Arrivee so do not leave Classify out of Quartets and Trifectas.

SA Nursery (Grade 2) winner William The Silent makes his comeback in Race 6, an Assessment Plate over 1000m. He was gelded during his winter break so might need the run.

Shufoog, on the other hand, has had a comeback run and although she missed the break and was well beaten, could make amends in this event.

Tweet
Published in Latest News
More in this category: « High hopes for Netherby Hall Kissable should have too much speed »
Login to post comments
back to top