Though up in class, Stephanie Miller-trained Netherby Hall looks the one to beat at Flamingo Park on Monday when teamed up with Ryan Munger in Race 4, a Pinnacle Stakes over 2200m.

Partnered by Munger, the five-time winner has held form well in four outings this season at this venue and was a gallant second in the 2200m Diamond Stayers and then a bold runner-up under 60kg over 1800m. 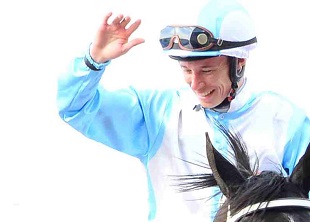 Munger had to forgo the ride next time when unable to make the weight of 50.5kg and the gelding was a well-beaten fourth in a 1800m Pinnacle Stakes. However, reunited with Munger in his following outing, the seven-year-old ran out a decisive winner under 57.5kg over 2200m.

Then, in the gelding’s subsequent outing, when up in class with Munger aboard, he ran on stoutly to finish a promising second over 1800m. Carrying 52kg again he could go one better this time over the extra distance.

However, expect a bold bid from 60kg top-weight Seattle Sunset (Francois Herholdt) out of Cliffie Miller’s stable. This nine-time winner has yet to score over this distance, but there was much to like about the seven-year-old’s last run as he galloped on stoutly under 58.5kg to win by an increasing four lengths in a 1800m Pinnacle contest. With a similar good draw, he deserves the utmost respect.

Also in with claims is Tienie Prinsloo’s seven-time winner Quid Rides (Wayne Agrella) who returns after a stint in Port Elizabeth where he was a gutsy winner over 2200m at Fairview Polytrack. Then, over the same distance, he was a creditable second and third, but can be excused for being unplaced next time when sent off favourite over 1900m as he had a bad start.

Next best are Warrior’s Stone, Sea Bean and Town Flyer.

Turning to the minor events, Corrie Lensley-trained That’s All (Muzi Yeni) should repay his followers in Race 1, a Maiden contest over 1300m. This former Western Cape four-year-old was placed in his four runs with Yeni aboard at Flamingo Park. The gelding should not miss this time with the advantage of the best draw.

He could be followed home by Value At Risk, Panther Strike and Ti Gar.

Another runner who could make good use of a good draw is Cliffie Miller-trained Easy Peasy with Randall Simons up. This filly, who steps out in Race 3, a MR 62 Handicap (F&M) over 1800m, was a resounding 7.75-length maiden winner three runs back and in her most recent outing she went under narrowly from the worst draw in a big field over 1600m.

Making most appeal of the others are Polly Again, Dance In The Woods, Sandy Bay and Alraune.